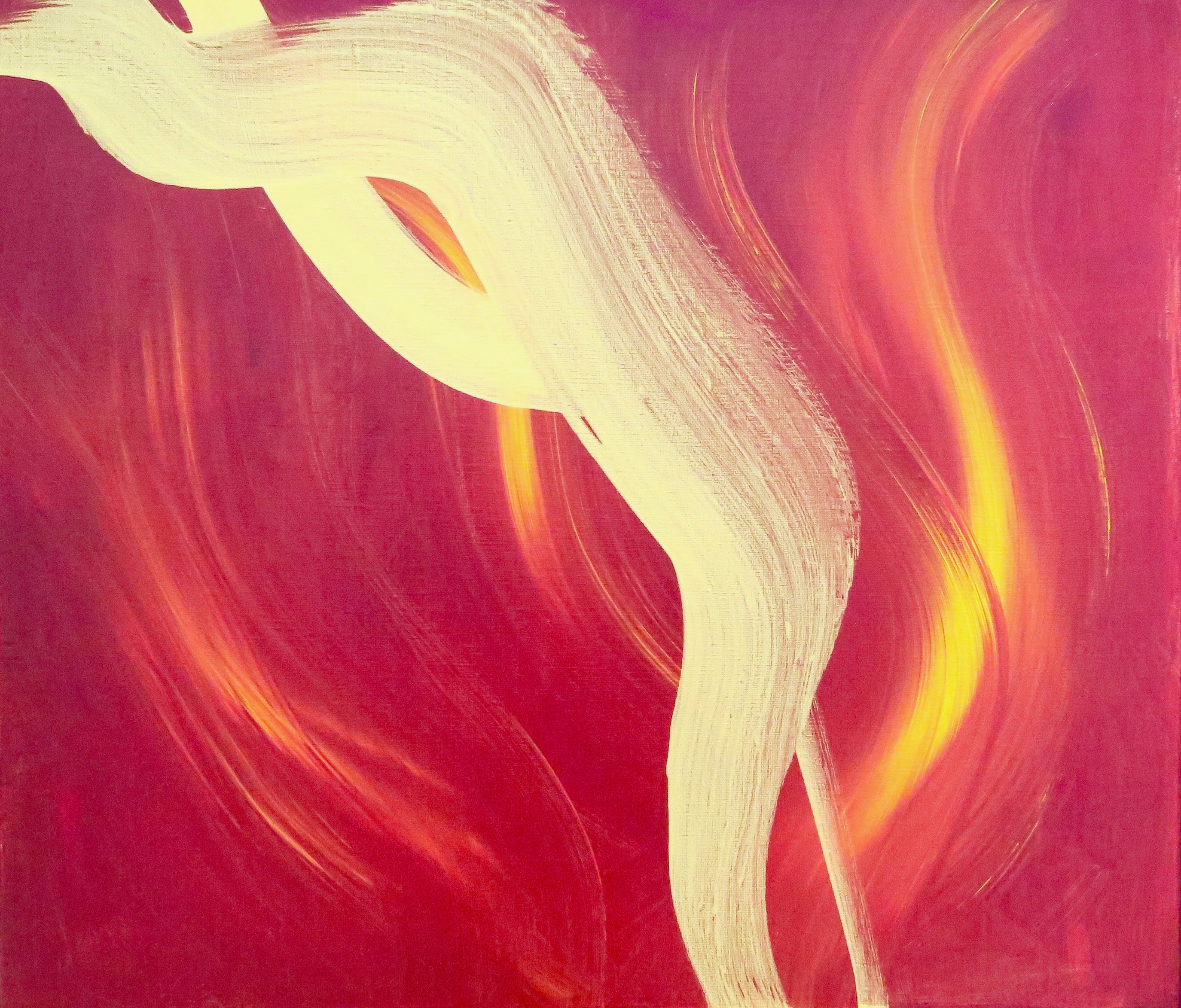 ‘Blue Songs’ is Okanishi’s very successful solo exhibition which was held at the Karuizawa New Art Museum this February. Okanishi, who has been engaging with ink ever since she was a little child, encountered acrylic pigments this time. The elegant silver lines vividly depict sharks swimming in the deep blue world of the sea. The seriousness of environmental pollution caused by the decrease in the shark population is a significant theme for the artist, and she leaves a feeling that alludes to this worldview into tableau by tracing a momentous sparkle of life.

In addition to the blue world as the home of sharks, the red of magma, which is another core of earth, will be depicted in this show.
According to Okanishi, ‘magma in the earth must be the source of human passion because the passion from the most profound depths of the earth gave birth to land, sea, humans, and all living things.’ This connection has led to the Red Sensation series being showcased alongside Blue Songs. While the silver lines represent the sharks’ swim, the gold lines depict a ray of light in the magma. It penetrates like a pulsation of lives or irradiation from the sun and overwhelms the viewer through its mysterious vigour.

Blue and red, sea and land, universe and energy — Okanishi shows deference to the earth’s harmony and its unusual existence which presides over human lives; she never stops taking inspiration.We cordially invite you to see this new phase that the artist has achieved with her brush.