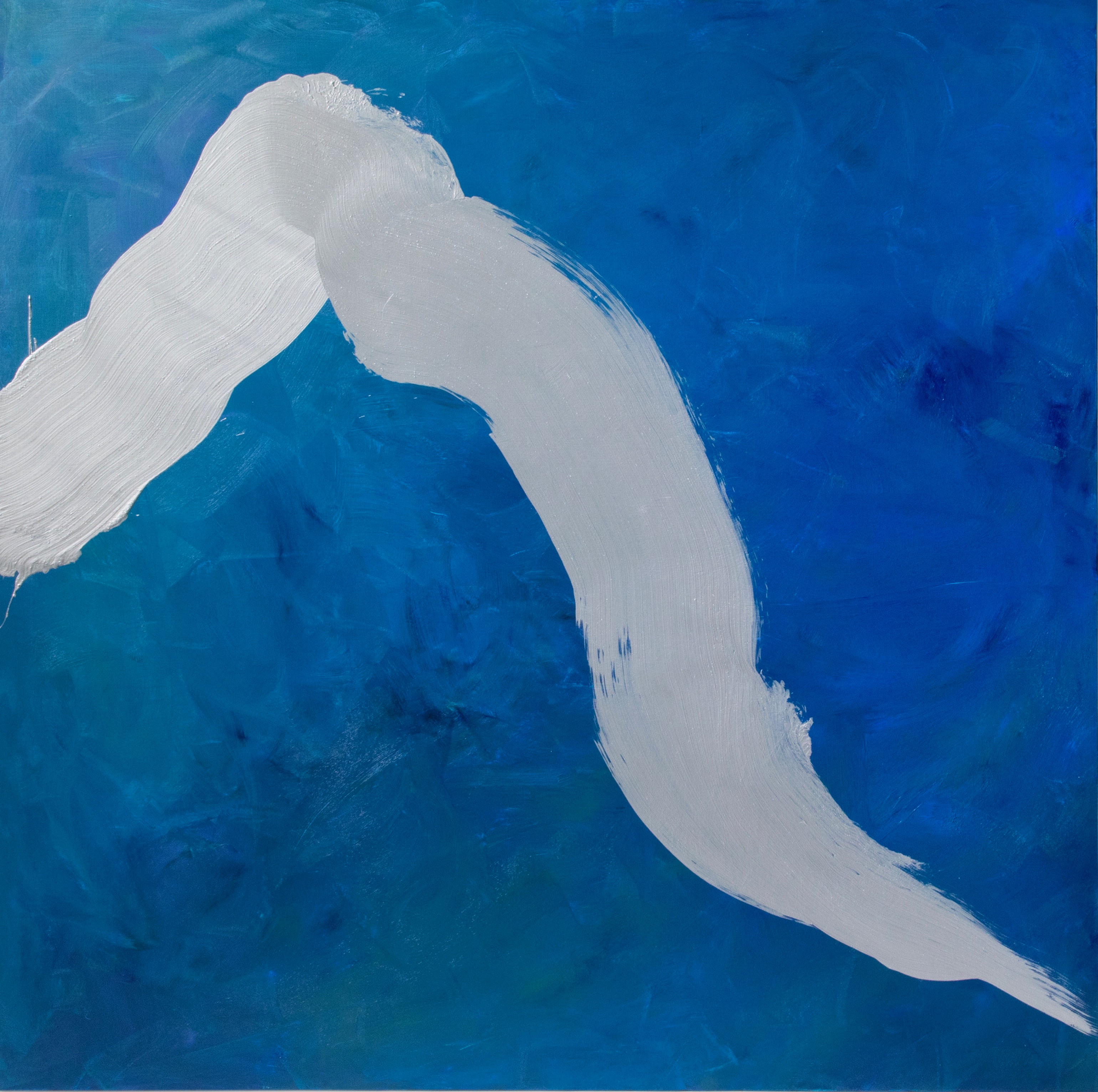 Since she was seven years old, and for the past twenty-five years, Okanishi has dedicated to her life to calligraphy. For the artist, calligraphy is about the art of lines. She suggests that drawing lines is one of the best ways to represent the calligrapher’s mentality, depending on the quality of lines, such as thickness, strength, gravity, and tempo.

Working on calligraphy is linked to the artist’s wish to world peace. Okanishi, who finds her inner peace in the blue glistening sea and who feels pain over marine pollution, realized that the condition of sea often affects human minds. She insists that marine pollution badly influences our states of mind, disturbing the peace and harboring hatred against one other, and she argues that this chain of events also causes the wars. The ecosystem collapse causes marine pollution, but she found the fact that sharks, which are the highest on the aquatic food chain, are drastically decreasing in numbers by overfishing. Therefore, for the artist, respecting sharks and restoring their population are initial steps towards world peace.

These works“Blue Songs” are painted with acrylic instead of Japanese ink, and she draws silver lines in blue, using a calligraphic technique in which she captured sharks’ motions at a depth of 15 meters in the sea. By doing this, the artist depicts world peace with curvy lines, drawing a shark’s elegant motions which can only be drawn by her calligraphic technique.